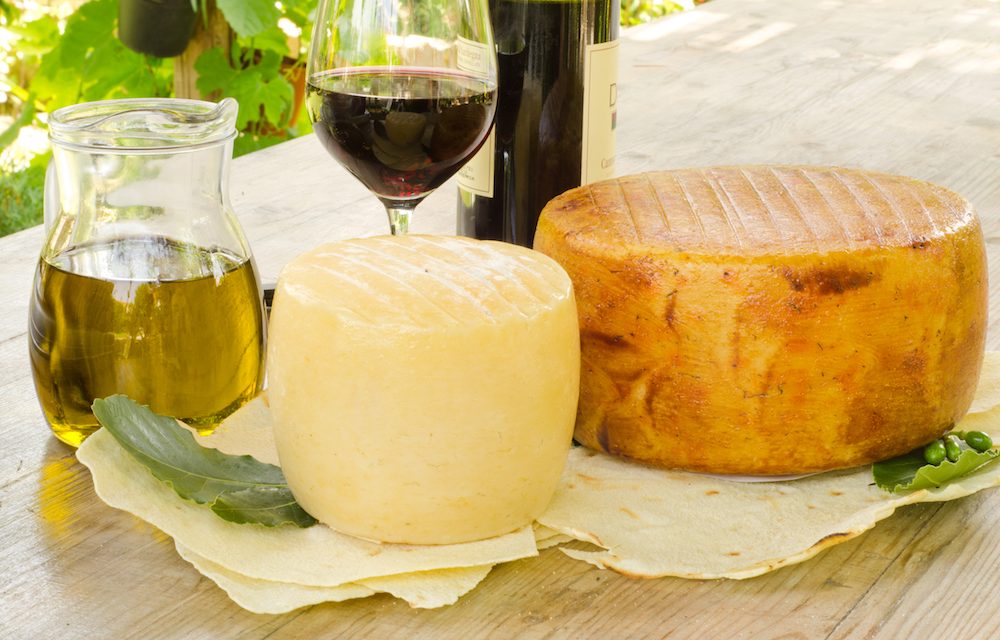 Sardinia is a land of ancient traditions, secluded for centuries with the rest of the world, something that made possible the development of an unique and special culture.

What does it mean? It means that century by century Sardinia has developed its own food and wine culture, where each village or area has developed its own variant, and after that, in the twentieth century, with the development of new communication channels, there was a mixture of these variants and procedures.

Our guests always ask us which is the typical dish in Sardinia, and what not to miss during the holiday in Sardinia, and our answer is: “There are a lot of dishes and ingredients, it depends on a lot of factors.” The first of these factors is the geographical area where you want to taste it: coast or inland? Mountain or plain? East Coast, West, North, South Coast?

Sardinia is famous for the roast suckling pig (around 8 kg weight), which is put on the skewer and cooked for about two hours, and then served on myrtle leaves in the typical “zippa” (The typical Sardinian cork tray). The piglet is surely the common denominator of Sardinian cuisine, but in order to discover the real Sardinia and “to undress” the title of tourists and become a real traveller, the best option is to taste all typical dishes in the areas and villages where these dishes were born.

You can read so much on dishes but we, as sardinians, we’ve compiled a selection of dishes that you must taste during your holiday in Sardinia.

If in Sardinia there are excellent meat such as pork, lamb, stewed wild boar, boiled or roasted sheep , it is also necessary to underline that throughout the coasts it has been developed a cuisine based on fish. The most typical example is the fregola: a typical fresh pasta similar to little pearls of different sizes, obtained by working the flour with the water in a pan. It is cooked like a risotto, but in the inland is cooked with sausage, in the west coast with the artichokes, while in the south of Sardinia, with clams or seafood. The latter is something really delicious during your holiday in Castiadas or in Santa Margherita di Pula, definitely something not to be missed.

Among the main courses, during your holiday in Ogliastra you can definitely choose the so called culurgionis ogliastrini: potato ravioli stuffed with mint and young pecorino cheese and dried mint, served with butter and sage or with a simple tomato sauce and basil. In addition, there are several ravioli varieties: made of meat (typical of the Barbagia), those of sour cheese typical of the inland, and also made of ricotta cheese and spinach, spread all over the island. In addition to culurgionis, don’t miss the malloreddus, the first and most common dish in the island, the typical sardinian small gnocchi made of fresh pasta. You can find them in dozens of variants, the most common is the one called campidanese (which takes its name from Campidano, the plain between Cagliari and Oristano) with fresh tomatoes sauce, sausage and saffron. If you love the flavors, in the sardinian inland you can taste the malloreddus, with the broth of boiled sheep, pecorino cheese and saffron. Forget your worries about calories and low-calorie diet, and enjoy a nice dish of malloreddus and combine it with a good Cannonau wine!

Particularly delicious, also sea urchins, which you can taste both as an appetizer, and then cut in two parts and eaten with a spoon, and accompanied by Pane Carasau, and a very good fresh Vermentino , or as a condiment for spaghetti. You just have to try it to believe it!

The first is typical of an inland village, Busachi: a soup made with typical noodles of the village, which are boiled in a broth made from beef and veal, sheep and chicken, and cooked until cream with cow’s milk cheese, pecorino cheese and a bit of saffron. In one word: sublime.

The Gallura soup is typical of Northern Sardinia, a sort of lasagna made of typical sardinian rolled dough , soaked in meat broth and seasoned with pecorino cheese and cow’s cheese.

Have you ever heard of bottarga?

The bottarga is an ingredient obtained from the mullet eggs, and is typical of the west coast, specifically typical of Cabras. Bottarga is made of mullet eggs dried . You can use it grated with spaghetti, or as an appetizer served in flakes with slices of artichokes and seasoned with excellent olive oil. It is a product with a strong flavour, which usually or you love it or you hate it!

Sardinia has an ancient sheep breeding tradition , as well as cows, goats and, therefore, excellent pecorino cheese, vaccines, and goats. You will be just spoilt for choice: Fiore Sardo (pecorino cheese with different aging), or cow’s milk cheese as the Casizzolu typical of the Montiferru region, a kind of provolone cheese which is matured for up to three years. As far as the cheeses, there are several variations and different qualities, for the sake of brevity we will point out two experiences to do: taste the typical “casu marzu” and the goat cheese made from kid rennet. The first is the famous pecorino cheese with live maggots. Yes, you read it right, worms! A cheese with a strong sharp flavor and very spicy, surely a special experience. The second is a goat cheese which ripens thanks to the lactic acid bacteria present in the stomach of the kid, which give the cheese a creamy and spicy flavor. We recommend to try both cheeses accompanied by a good glass of Cannonau wine. Try it to believe it.

Among the second courses, in coastal towns we recommend to taste the fish. The particular salinity of the Mediterranean sea gives the fish an unique flavor. Shellfish, for example, have a smaller size than those normally found on the market, but we assure that lobsters and shrimp are really delicious. As well as cuttlefish and squid, or fresh seafood. And yet bream, sea bass and mullet, strictly on the grill, you will taste the real quality of the fish, served with a good glass of fresh Vermentino.

A second course typical of southern Sardinia is the burrida with the typical recipe of Cagliari: the dogfish seasoned with a sauce made with its liver, nuts and vinegar. On the west coast there is instead another variant of burrida, which is made with another type of fish, the ray, and is seasoned with vinegar and tomato sauce. Both variants are very good, definitely to try.

Tuna is famous on the southeast coast of the island, particularly in Carloforte (but also available in selected restaurants in the island) that boasts an ancient tradition of tuna and therefore tuna fishing. Carloforte’s tuna is a must, preferably when the fish is captured (which is also the time of Girotonno, a tuna festival in Carloforte is being held every year between May and June) in all its varieties: raw, grilled, salted tuna fish.

Regarding sweets and cookies, there is a common ingredient: dried fruit. For most of Sardinian desserts, the starting ingredient is always almonds: amaretto, gueffus, bianchini. Wherever you go in Sardinia, you will certainly find them. And depending on the area where they are produced, you will find a different variant that will surely be worth experiencing. Papassini bianchi obtained with flour, sugar and dried fruits, and papassini neri, obtained with flour, dried fruit and sapa, giving it dark color and a soft and crumbly consistency. The Sardinian shortcrust pastry , in dozens of variations depending on the area. A special mention deserves the famous torrone (nougat) , typical of the center of Sardinia, and in particular of the village of Tonara. The nougat, based on honey, is made in different variants such as almond, nuts, hazelnuts: it is the absolute protagonist of every island festival and festivity.

One of the most typical desserts is seada (or sehadas, sebadas depending on the area): a kind of ravioli filled with fresh pecorino cheese (which can be flavored with orange or lemon) and covered with Sardinian honey and velvety sugar. If you taste it with a glass of Moscato di Cagliari, you will delight your palate and heart! 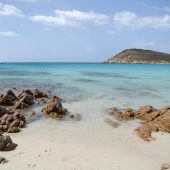