Return to Login
Your search results

Why to choose Ogliastra for your holiday in Sardinia 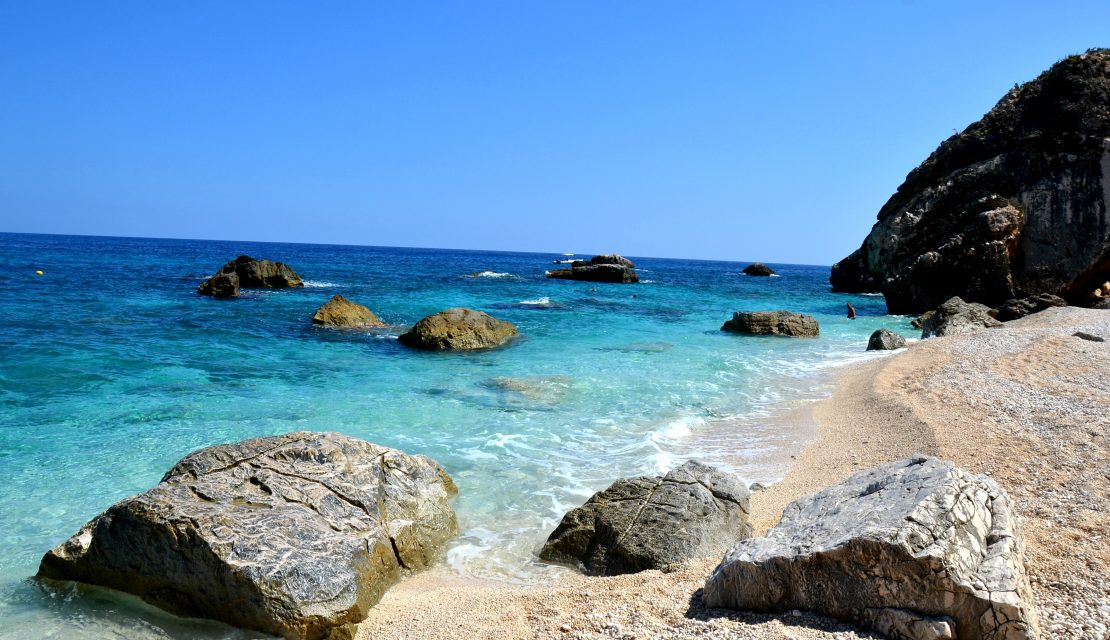 The territory stretches northward from the Gulf of Orosei up to the extreme south of Tertenia and from then from the sea to the foot of Gennargentu mountains. The landscape, thanks to its shape, is very diversified: from white sandy beaches and crystal clear sea, to limestone plateaus that from Supramonte mountains end overlooking the sea, from canyon surrounded by ancient woods to caves embedded in the heart of the mountains, from old villages rich of ancient traditions up to green hills covered with rockrose and myrtle.
Ogliastra is a famous land for its quality life and a great wine and food culture, which garantees to have the secret elixir of long (and pleasant) life, which makes its inhabitants among the oldest in the world. Among the typical Ogliastra dishes there are the so called culurgiones, artworks produced by the mastery of women, made of fresh “embroidered” pasta, cheese, potatoes and dried mint.

Ogliastra is a land that offers a centuries-old tradition of wine and cheese. Regarding wine, Jerzu is the most famous village, with its steep hills dedicated to the Cannonau vineyards. This village centuries-old wine tradition recommends a visit to the cellars and a quite break to enjoy the wide view of the sea; furthermore, for good wine lovers, in August, there is the Wine Music Festival, an experience not to be missed.
Ogliastra is not only sea, indeed it has some mountainous areas and canyons so that is really worth spending a day exploring the hidden corners immersed in ancient woods and surmounted by limestone walls that seem to disappear into the sky. In the heart of Ogliastra is located the biggest canyon in Europe, which is called Su Gorroppu: surrounded by green Mediterranean vegetation, a series of rocky canyons, streams and ancient trails, mountain passes, where goats, sheep and horses graze in the wild, factors that depict a wonderful landscape, one of the most beautiful in Sardinia, a place coveted by nature and sport lovers (such as hiking and mountain biking).

Regarding the beaches, in Ogliastra you just are spoiled for choice: from white and golden sand beaches as Lido Orrì to the wild beach of Foxi Murdegu or the striking pebbles beach as Torre di Barì dominated by the tower, built as a lookout station in the end of 1500. Pebble beaches as Coccorrocci considered the longest beach of smooth pebbles in Sardinia, where pebbles present all shades between white and black, which arises between small coves of red rocks and white sand and just two kilometers from the fantastic natural pools located behind the dunes and the woods.

And what about the territory of Baunei ? And its magnificent enchanted coves of Cala Mariolu, in 2016 the most beautiful in Italy according to the Travelers’ Choice Beaches Awards 2016 by Trip Advisor and Cala Goloritzè (the 6th most beautiful beach in Italy) which can be reached either via sea through suggestive boat tours and by land, along paths and trails with breathtaking views, which descend from the highlands to the sea. In addition to the most popular beaches, there are several coves and small hidden coves, sheltered from the mistral winds which is a real pleasure to discover during your holiday in Ogliastra.

The entire territory in Ogliastra is dominated by a thick vegetation where folds and nuraghi merge and blend with the landscape giving a scenario where time seems to have stopped. A wild countryside, for centuries inhabited only by shepherds and goatherds which consists of beautiful valleys covered with forests alternating with endless plateaus where fragrant Mediterranean vegetation grows and clearings where sheep, goats and horses graze in the wild. The whole area of Supramonte, which from the Gulf of Orosei stretches towards the center of the island, is rich in panoramas and unique landscapes very different one from each other, such as those in the marine Supramonte of Baunei, characterized by paths that from the mountains lead to the sea or those one very wild in the area of Supramonte of Orgosolo (as well as the town, famous for its beautiful murals).
Among the many forests in Sardinia, two of the most beautiful ones are located in Ogliastra: Montarbu , included in the territory of Ulassai and Seui, characterized by holm oaks surrounded by vertical limestone walls, and inhabited by wild sheep, deer and royal eagles, and Bingionniga forest in Jerzu territory, with huge limestone towers that characterize the wild and rugged landscape that give the way to streams and paths.
Most of the territory in Ogliastra is characterized by the famous Tacchi d’Ogliastra: limestone mountains, named for the typical shape similar to the heel of a shoe. The most famous is Perda Liana, in the municipality of Gairo. Visiting these places you can admire unique habitats and wild places in Sardinia, which also include several Nuraghic sites, and dominated by a typical flora and fauna.

Several mountain areas have been covered for millennia by streams and small rivers that have carved the rock, making possible the formation of very suggestive caves like the Grotta del Fico in the beautiful limestone cliffs in the Gulf of Orosei, (were are located the shimmering coves of Cala Mariolu and Cala Sisine). The most beautiful cave is Su Marmuri, nearby Ulassai, only twenty kilometers far from the Villas of the Villas Resort Tertenia, and it can be reached through a scenic road, between limestone cliffs and deep canyons. The cave is one kilometer long and it has an average height of over 35 meters, a feature that makes it one of the most impressive caves in Europe. Other places that certainly worth a visit are the Gairo caves and those in Urzulei.
Ogliastra is also famous for its red rocks carved by waves and wind that emerge from the sea, these kind of rocks characterize the whole territory and in particular Arbatax, where on August takes place a Music Festival dedicated to Blues music called Rocce Rosse Blues, which attracts many locals and tourists in one of the coolest summer events in Ogliastra.

 
Arbatax is located on a very impressive granite promontory as Capo Bellavista which is completely covered by a thick Mediterranean vegetation: an incredible natural scenery, topped by a beautiful lighthouse (one of the most important in Sardinia, famous for the old French-built lantern) and the picturesque Tower of Arbatax, built by the Spanish Crown in the seventeenth century.
If that’s not enough to choose Ogliastra as your next destination for your holiday, here you find three more good reasons:

First reason: on 2017 Ogliastra will host the second and third stage of the 100th edition of the Giro d’Italia, with the final sprint in Tortolì on May 6th, 10 minutes from the Villas of the Villas Resort Tertenia. For the third time the island will be the scenic setting of the Giro d’Italia Big Start, following 1991 and 2007, hosting three stages for sprinters and finisseurs. The race will include three in line stages on the island: Alghero-Olbia (203 km), Olbia-Tortolì (208 km) and Tortolì-Cagliari (148 km).

The second reason is that in Ogliastra is located the only public astronomical observatory in Sardinia, in the territory of Lanusei, on Monte Armidda, free from light pollution, where you can observe the spectacular Sardinian sky.

The third reason is the Trenino Verde: the tourist service sponsored by Ferrovie della Sardegna (Sardinia’s Railway) that allows you to travel and discover Ogliastra’s territory and its real and evocative soul, the discovery of magical places, often so arduous and hidden among the oak trees, which can be reached only on foot and with great difficulty. This unique experience will make possible to enjoy the scenery and the natural surroundings and visit ancient and wonderful places.

Ogliastra is all this, and more.

Book your holiday in Ogliastra and live it with Luxury Holidays in Sardinia. 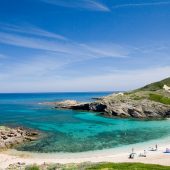 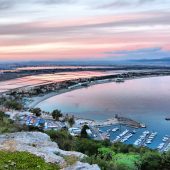