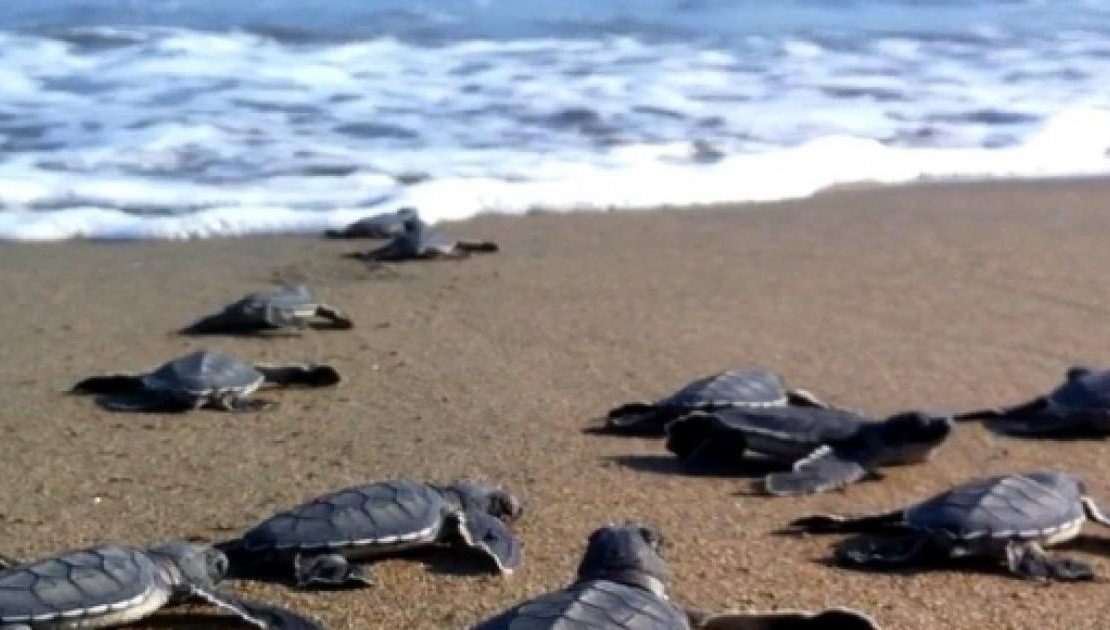 Cala Sinzias, the most pristine place in the South East Coast of Sardinia was the location of an extraordinary event: in the night 49 small turtles of the species Caretta Caretta, left their nest to look for a new life in the sea!
This year, Cala Sinzias has been honored with prestigious awards by several organizations as Goletta Verde, for the quality of its waters and the cleanness of the beach, but in this summer 2014 the most important award in this wonderful location was given by Nature itself!

Just in the wonderful beach of Cala Sinzias (near Castiadas Villas: Casa Due Archi and Villa Granito) last July 11th a loggerhead sea turtle of the species Caretta Caretta decided to carefully put its eggs about 15 meters away from the shore line.
The sea turtle Caretta Caretta is a protected species and endangered in the Italian area of the Mediterranean Sea, for this reason its nesting in this paradise as Cala Sinzias has attracted a great attention of the media, nature lovers, and particularly the attention of researchers and institutions responsible for territory conservation, that since the day after the sighting have proceeded to fence off the area of the nest and its continuous monitoring through temperature control equipment and cameras 24 hours on 24.

On September 19th took place the big event that everyone waited: at 11:00 pm began the eggs hatch that lasted until the early morning hours.
The operation was long and difficult, and took place thanks to the coordination and participation of biologists of the Iamc-Cnr, Regione Sardegna, the Protected Marine Area of Capo Carbonara, Forestry Corps and Captaincies of Villasimius and Castiadas , assisted by the work of several volunteers.
Before to release the turtles in the sea (considered too rough for the safety of the little turtles), they were kept for several hours inside a thermal box with sand that reproduced the optimal conditions of the nest, and then, on early morning the little ones were released to face their new life in the sea.

The joyful event that happened in Cala Sinzias is a record: it is the biggest hatch in Sardinia and Italy ever.
Once again the Sardinia was the place of the magic of nature, an extraordinary area between sea and land, largely still unspoiled and wild, which enables those who experience it to continue to look at the spectacle of the primordial repetition of life on Earth.

Now after this successful hatching, a new challenge awaits the little turtles Caretta Caretta, the challenge of life and the many dangers of open waters!

We can only wish all the little turtles to avoid predators and boat propellers, and be able to grow up happy and to come back soon to repopulate the sea of Sardinia and all over the Mediterranean Sea! 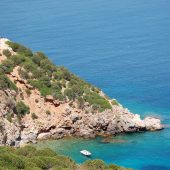 The oldest Italian city is in Sardinia! 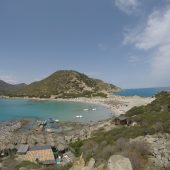