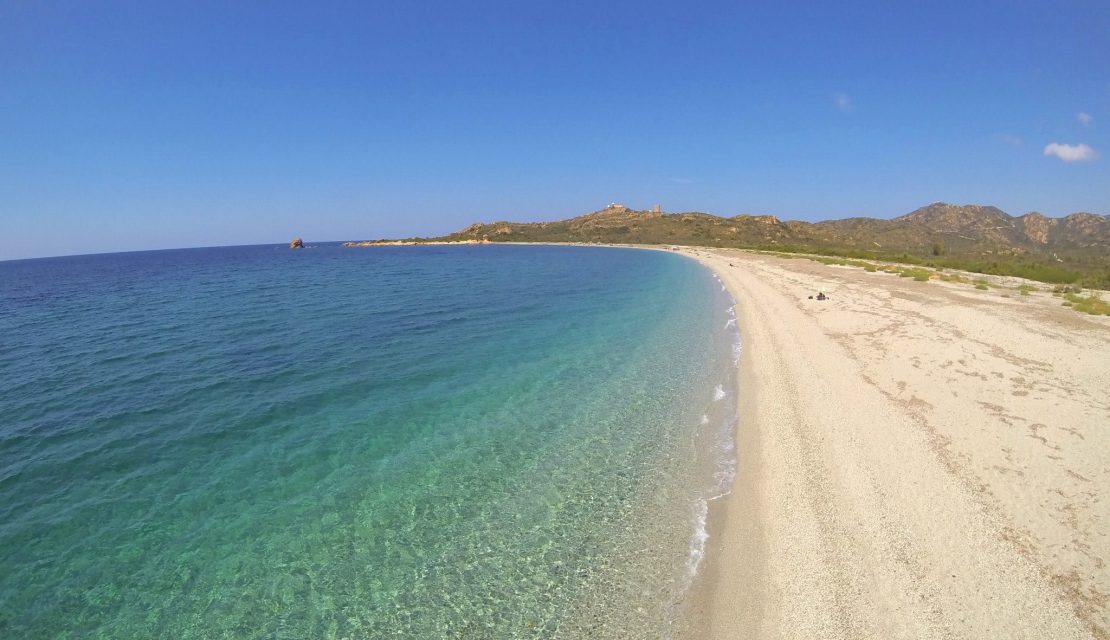 On highway SS125 lies the village of Quirra, in a lesser-known and populated area of Sardinia. A road on the right goes in the direction of the sea, from which is possible to see a stretch of flat landscape before you, leading to the wide beach of Cala de S’Acqua Durci, well-known also as Cala Murtas.

This beach is enchanting: six kilometers long, wild and not very crowded ; it is hemmed in by the tower called Torre di Murtas and Capo San Lorenzo. It is characterized by an uninterrupted and deserted strand of middle and coarse grained sand of a light-grey colour, mixed with small pebbles. The seabed is sandy, and the transparent turquoise waters are very deep and therefore not suitable for children.

This beach is mostly made up of small sand dunes; behind the dunes there are some small ponds and streams which allow the survival of several animals and plants species .Thanks to its exposure to the winds, it is much loved by wind- and kitesurfers.

In front of the beach, about a mile away, lies the island of Quirra, home of seabirds, which stands 12 meters above sea level, surrounded by smaller rocks. With a depth of around 15 meters (up to 25 meters) and rich in various species of fish, this part of sea is particularly appreciated by those who love fishing and diving.

Behind the beach there are the farmers’ lands , even though most of the territory is still wild and characterized by low hills overlooking the sea. The nature of this area, determines an extraordinary visual impact that can be best enjoyed going up to Torre Murtas on the north side of the beach, where you can admire the coast, closed to the south by the wooded promontory of Capo San Lorenzo.

In this area besides to the beauty of beaches and seabed there are different ancient buildings: the several nuraghi scattered throughout the coast, the lookout towers built by the Spanish (as Torre Murtas, at the north end of the beach), the ruins of the Castle of Quirra, at the top of the hill at Arcu Genna Codias, built in the Middle Ages, the underground tombs of Su Presoni at the foot of the same hill, concluding with one of two churches in Romanesque style in Sardinia, made of fired brick, the church of San Nicola di Quirra.

It is one of the less touritst-frequented areas of Sardinia, also because the whole area is periodically a restricted military area, reason why Cala Murtas is always uncrowded even during summer and on high season; the closure, however, is not permanent, so that during your holiday, it is possible, at some point, to visit these wild and wonderful places.

Cala Murtas and Marina di Tertenia are separated by the rugged granite cliffs of Serra de Mari, uninhabited and rich of forests, overlooking the coast with a reddish, high and rocky edge, usually inaccessible. At the beginning, for a few miles, there is a beautiful granitic cliff , whose straight line is interrupted only by some harsh rock spikes, as Punta Su Strullieddu.

The sea, which in this area is particularly transparent and of a lovely emerald green color, violently hits the high rocks, shattering them, also because they are weakened by chemical processes favored by the continuous action of humidity and salt wind. The signs of the long erosion are clearly visible on the rock walls, where there are deep and charming niches, several cavities and rocky spikes. In some parts there are beautiful pebbly beaches and also big pebbles of reddish granite beaches, with beautiful pebbles rounded by the continuous waves movement.

The coastal area, from Cala Murtas to Marina di Tertenia, overlooks a scenic country road which allows a magnificent view over a wide area of sea. The road passes through an area of great beauty, lonely and wild, which is very important under the environmental and landscape profile and, for a good part, is included in the Natural Reserve of Serra ‘e Mari . 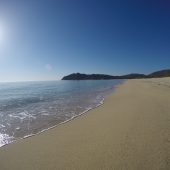 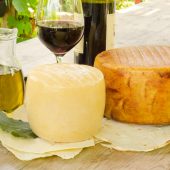