The countdown for the 100th edition of the Giro d’ Italia has already begun. The 100th Giro is back to Sardinia after ten years since last time in 2007, with three very interesting stages.

The Giro d’Italia 2017 is ready to catch the attention of all cycling lovers with a route full of emotions and surprises. 196 countries will be connected on TV and 200 newspapers will land in Sardinia for the first stage, scheduled on May 5th in Alghero.
The race is composed by 21 diversified stages and will include six sprint stages, eight stages of medium difficulty climbing, five highly testing climbing stages and two individual time trials including the stage that will close the 100th Giro, from the famous Monza racetrack to the Milan Cathedral.

The first stage is on May 5th and the Big Start will be in Alghero. The stage has a winding and undulating profile. The first half features minor climbs and mild descents along the wonderful northern coast. The last ascent is the 5 km San Pantaleo climb (topping out at 8%, around 20 km far from Olbia). The final part until Olbia is also characterised by a constant undulation, where a sprint victory is to be expected.

The second stage is scheduled on May 6th, Olbia-Tortolì, in total 208 km, a hilly stage full of emotions that could finish with a field sprint. The first part winds its way in Nuoro’s backcountry with undulations and three long climbs, including the categorised summit of Nuoro and the Passo di Genna Silana. The final 50 kilomerts in the heart of Ogliastra are mostly downhill or flat, but on a winding road leading into the finish, ideal for a field sprint. The race will pass through Bitti, Orune, Nuoro, Oliena, Dorgali, Baunei, Santa Maria Navarrese and final sprint in Tortolì.

The third stage (148 km) is the easiest one but also the most suggestive, with a basically flat stage with light, easy undulating stretches throughout Ogliastra and Sarrabus. After Villasimius the parcours features some short climbs on the wonderful coast road.
The race will pass through Bari Sardo, Cardedu, Tertenia, Perdasdefogu, and then within Sarrabus territory as Villaputzu, San Priamo before, and then the stunning views of the coast from Villasimius to Cagliari passing through Solanas, Geremeas, Terra Mala, Sant’Andrea, San Bartolomeo and the final part leading into Cagliari runs flat: the packed bunch will sprint to the finish. This stage concludes the Sardinian route of the 100^ Giro d’ Italia, moving to Sicily (from the fourth stage) with the aim of giving new and countless emotions.

The Giro 2017 is one more reason to visit Ogliastra and Sarrabus during the low season and choose Sardinia as your next destination for your holidays. One step away from the Villas of the Villas Resort Tertenia, Villa Granito, Casa Due Archi and Villa Panorama.

Choose Sardinia, and enjoy your holiday with Luxury Holidays in Sardinia. 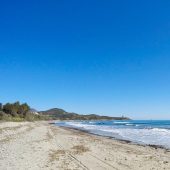 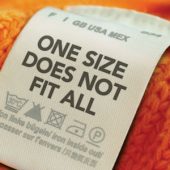